It’s always nice when the pronouncement of a genius reflects your own idea, and that’s what happened when Coerver Coaching discussed the game with the legendary Xavi.

Enthused by the Coerver ethos, Xavi happily noted that “Ball mastery is the foundation that you can build all other parts of the game on”. And that chimes sonorously with Coerver’s own beliefs, as demonstrated by the tenets of their online youth diploma, readily available for coaches worldwide.

At the heart of the Coerver method is ball mastery – “the mother and father of all training topics,” says Alfred Galustian. Working in tandem with Chelsea legend Charlie Cooke, Galustian was inspired by the ideas of Dutch coach Wiel Coerver and expanded them into a teachable curriculum.

Wiel Coerver’s passionate belief – utterly revolutionary when he first explained it in the early 1980s – was that in a player’s formative years, teaching football is not about the team but individual player development. There are university theses to be written about why football was traditionally seen as such a rigidly team-oriented game, but Wiel realised that players would be more effective – and happy – if their technical competence was high enough to engender self-confidence.

From my own experiences as a youth coach, this makes perfect sense. Think for a moment about the most shy, least confident, perhaps least competent member of a squad. He or she may enjoy the social aspect of football, but be vaguely terrified of the ball and seek to get rid of it as soon as possible.

This is not to say that Coerver Coaching focuses solely on the technical as opposed to the other three cornerstones of youth development (tactical, physical and mental). The difference is that Coerver sees technical ability as a player’s solid, indispensable foundation upon which all other things are built.

INDIVIDUALS MAKE UP THE TEAM

Although Coerver coaches have worked with, and been endorsed by, some of the world’s finest players – up to and including Johan Cruyff and Franz Beckenbauer – 99.99% of them work in grass-roots. Essentially, it’s a tool to get the whole world more comfortable with the ball at its feet.

It’s worth noting, too, that the world has changed. In previous decades, kids played football in parks and on the streets for hours on end, often in huge numbers, and they usually identified themselves with one team or other. Nowadays, such impromptu social gatherings are rare, and a child’s exposure to playing is likely to be limited to perhaps an hour’s training and any pre-organised matches.

This is why time on the ball is so important. Any coach who has tried to keep a dozen or two youngsters simultaneously occupied and entertained will know the importance of this difficult balance. Coerver drills are designed to minimise waiting time, to get all players involved and keep them active.

It works through what Alfred Galustian calls “planned, deliberate practice of increasing difficulty”. Inspired by K Anders Ericsson’s book The Road To Excellence – the origin of the “10,000-hour rule”, later popularised by Malcolm Gladwell in his book Outliers – Coerver consciously attempts to imprint certain football attributes as habits in young minds, because around 95% of our neural development is complete by age 12.

Repeating an action – such as control, kicking, ball mastery – enough will create a permanent shortcut ‘code’ of instructions, deep within your brain. Technically a motor engram within your premotor cortex, this is more often described as “muscle memory”: a good habit.

TIME ON THE BALL

A cynic might think that such attention to ball mastery would lead to dry sessions, the equivalent of a music student learning scales. Far from it. Coerver coaching covers a variety of topics; within each there are plenty of different drills and games; and besides, central to the theory is the escalation of difficulty.

This could come through altering the speed, complexity, conditions and equipment of the drill, then finally through competition. Through this, players cross what Coerver call the “conversion bridge”, taking them from pure skills (solo ball mastery through unpressured repetition) via stress (graduated pressure increased through altering conditions) to success (full pressure in game situations).

At the heart of it, though, is time on the ball. As Charlie Cooke says, “what feedback could be more immediate or dispassionate than from the ball between your feet?”. And having gained confidence through their increasing ball mastery, in each session players can progress to an underused but much-loved aspect of training: 1v1. As Cooke notes, in a long career “I can’t remember any club where we played full-pressure 1v1”. Which is curious: anyone who’s coached any session will know how much team-mates love to take each other on. Coerver accommodates this innate enthusiasm with 1v1 and 2v2 drills which naturally guarantees engagement, from the seven-year-olds up to the pros. Because a good player will never stop learning, a good coach will never stop facilitating that, via a failsafe combination of education and entertainment such as that so thoughtfully provided by Coerver. 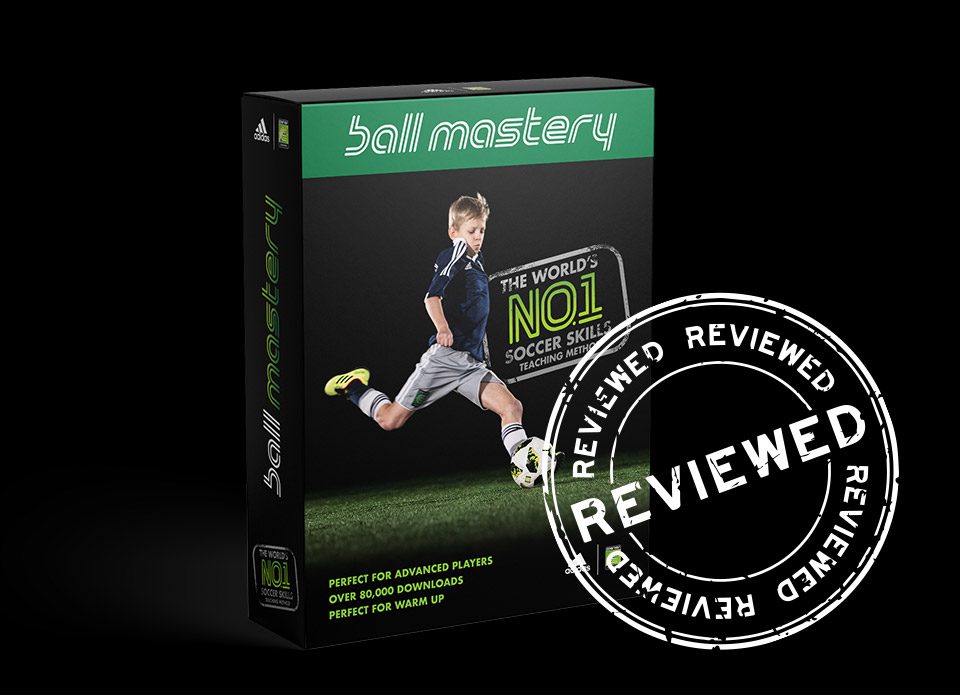 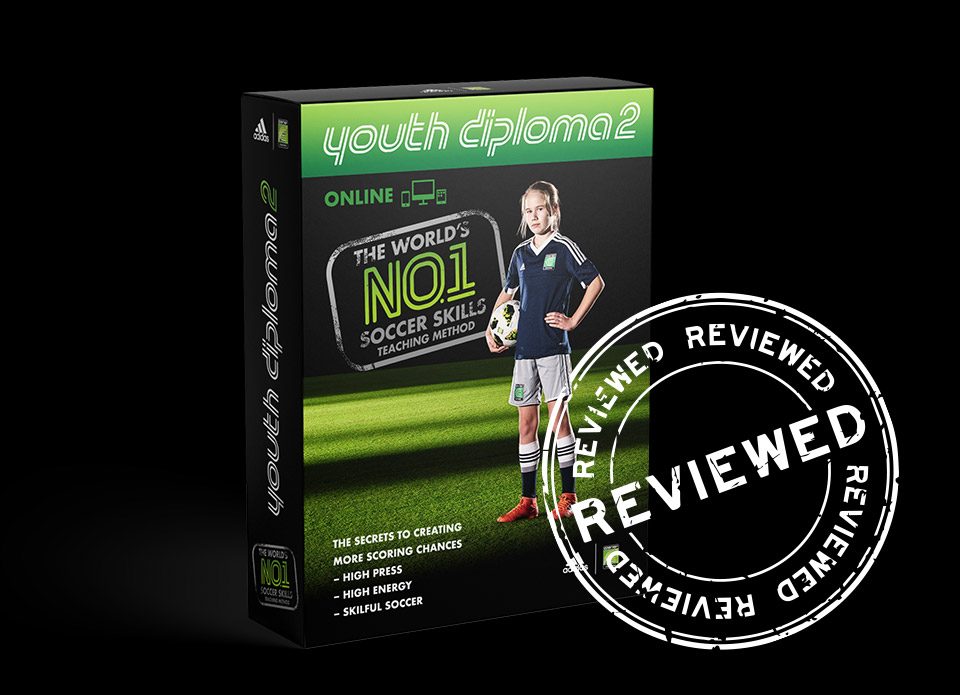 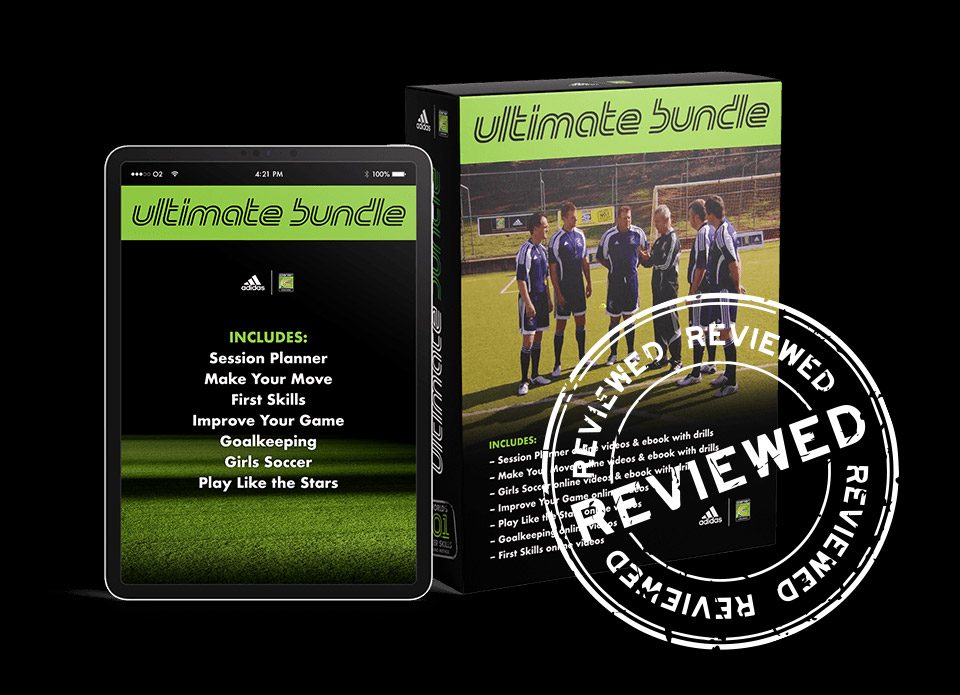